History of the Talking Board

VIDEO on channeling with

talking board to communicate with your Spirit Guides and Angels

About the Talking Board, Planchette, Pendulum, and Ouija

The history of the talking board phenomenon is controversial so too are its roots. No single person or culture can take complete credit for its development. The talking boards origins are ancient and multiple, having been independently reinvented and rediscovered in a wide variety of locations.

The word Fuji means planchette writing, spirit writing or automatic writing. Fuji flourished during the Tang and Song Dynasties. Spirit writing using a pendulum has a long history in Chinese folk religion and was first recorded during the Liu Song Dynasty (420-479 AD).

The planchette and the pendulum are used interchangeably. Planchette and pendulum writing are very popular nationwide and are commonly practiced in Daoism temples in Taiwan, Hong Kong and at some folk shrines and altars in Mainland China.

Writing is used, instead of the speaking voice. The writings serve to bridge communication between men and spirits. The divination art of planchette and pendulum writing has a long history in Mainland China. Most chi shengs and luan shengs have lumped together teachings from Confucius, Lao Tzu, and the Buddha. Many of the popular Daoist classics in these temples were not passed down from past Taoist masters but are edited from the many scriptures obtained by planchette and pendulum writing.

In North America, long before Columbus arrived in 1492, native Indians used talking boards with pointers, some were much like the pendulum to locate lost articles and missing persons. Talking boards were used by pre-Columbus Native Americans.  Their version of the talking board had symbols on it and transmitted information as to when and how certain religious ceremonies should be performed.

Planchette used in France during the 1850s

In France, the planchette appeared during the 1850s, beyond this, the accounts are wildly conflicting. Other accounts of the period suggest 1853 as the year of discovery but move the credit to Germany. The trademark Ouija, translated as a combination of yes in French and in German, suggests an association with those two

countries, but no one really knows. However, it took the American spirit to popularize the idea on a wide scale. A French explorer returning from China in 1843 reported one practice so common that every household indulged in it.

Again, a more reasonable conclusion points to the East. A table or smooth floor was sprinkled evenly with bran or flour. Two people then sat at opposite sides of the powdered area, holding a small basket between them. A reed or chopstick was fastened to the basket so that its point rested in the flour. Then the spirits were invoked by the observers present, and the basket moved about, the trailing chopstick would spell out messages or make signs and pictures the group could interpret.

By the 1850s table rapping and levitation was a common procedure among Spiritualists. Table rapping, too, has a long and obscure history, going back at least to the thirteenth century Mongols.

Repressing the talking board by disguising it as a toy…

With the religious orders attempt to continue repressing the popular widespread use of the planchette and pendulum, it was again reinvented and disguised as a toy, known as the Ouija board. This was acceptable to these religious orders because it clearly suggested that this divination tool was not to be taken seriously. For this reason, the talking board remains controversial. From this controversy formed many distortions and outcomes from its improper use. While the mass population was inclined not to take this seriously, they have also always been drawn to the possibility that this just might work.

The problem arises when it does start to move and, therefore, work. The naive practitioners are immediately surprised and all of the brainwashing suggesting fear and caution takes over, preventing them from experiencing the intelligent communication bridge that is entirely possible by Intuitive Psychic Mediums that are educated about its correct and highest use. Here’s a session where they explain this in their words Their messages to you

The History of Seth

The Seth material dates back to the early 1960′s in Elmira, a quaint town perched near the Pennsylvania border in New York’s Finger Lakes region. Robert Butts and his wife Jane Roberts lived in an apartment in a Victorian house on Water Street. They were young Bohemians of sorts: she a writer and he an artist. They carved out a simple living out of their creative passions, supplemented with various odd jobs. Involuntarily, Jane began having what she called psychic experiences.

The Ouija board was used to originally contact Seth by Jane Roberts. Unable to ignore these experiences, she and Rob one night borrowed an Ouija board to see if they could better focus on whatever was happening to her. After a couple of unsuccessful sessions with the Ouija board, Jane and Rob started receiving intelligible messages, the planchette drifting from letter to letter, forming words, then sentences.

Rob asked the Ouija board to identify the personality behind the mysterious communications. Seth, the board replied. The Seth material, composed from the Seth messages, stands as an extraordinary work frequently credited as the watershed of the New Age Movement of the late 60′s and beyond.

A number of principles in the Seth messages, foretelling subatomic (quantum) particle theories, would surface years or decades later. Seth also painted a pragmatic and passionately responsible theory of everything, tying together science, religion, philosophy, and both personal and societal ethics. Seth proved to be an enduring author, dictating several more books of increasing complexity, serving as a classroom teacher to eager numbers of students, and conducting endless private sessions with Jane and Rob.

Boxes upon boxes of Robs original Seth notes reside permanently in the prestigious Yale Archives in New Haven, where volunteers endeavor to commit Seth’s words to a comprehensive computer database. The writings they have left stand as an extraordinary reminder of that which we do not know; and perhaps also of the depth of wisdom available to us if we are simply willing to open our eyes and our minds to it. Seth details a philosophy of conscious creation which states that:

Seth is a collective intelligence and approached these matters not as mere observers, not as victims of chance either, but as spiritually intelligent creatures. Reality does not unfold randomly or chaotically, but intelligently and holistically, each of us as a unit of consciousness carrying our own load in the creative process. More notable users of the talking board

The talking board would find its greatest popularity in uncertain times

Civil War
Nearing the end of the Civil War that lasted from, April 12, 1861 – May 9, 1865, spiritualism gained adherents in droves, people desperate to connect with loved ones who’d gone away to war and never came home.

World War I
The 1910s and ’20s, with the devastations of World War I and the manic years of the Jazz Age and prohibition, witnessed a surge in Ouija popularity. It was so normal that in May 1920, Norman Rockwell, illustrator of blissful 20th-century domesticity, depicted a man and a woman, Ouija board on their knees, communing with the beyond on the cover of the Saturday Evening Post.

World War II
The next significant boom in sales came during World War II (1939-1945) as families looked for ways to contact soldiers lost on the field of battle. According to Horowitz, in 1944 one New York City retailer sold 50,000 boards in just five months.

Vietnam War
In 1967, the year after Parker Brothers bought the game from the Fuld Company, 2 million boards were sold, outselling Monopoly; that same year saw more American troops in Vietnam, the counter-culture Summer of Love in San Francisco, and race riots throughout the United States. 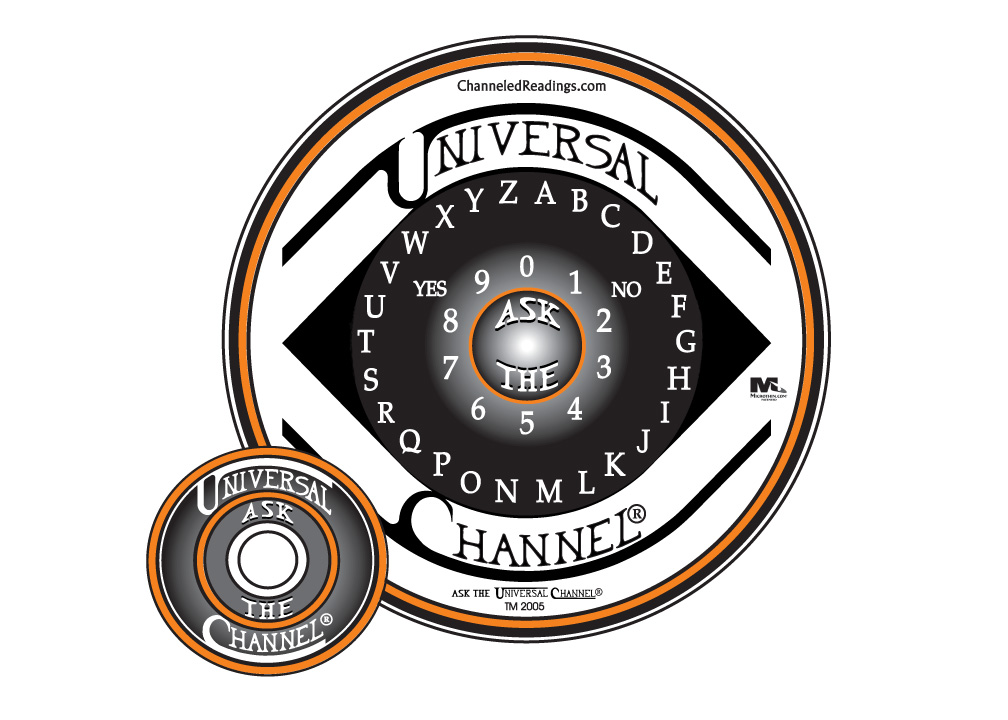 December 1988…when “they” told her they needed a new talking board to reach humanity on a higher level to guide them through the challenging times ahead.

DID YOU KNOW that the Standard 52 Card Deck was the Original Tarot Deck and not a game?

There is a lot of speculation and misinformation about the exact origin of “The Standard 52 Card Playing Deck.” This was, in fact, the original Tarot Deck. Much later, the playing card deck was used as a game to disguise its original use. Playing cards had a gradual development over centuries in many countries, along with diverse historical opinions, theories, and contradictions. Some say the first playing cards were hand-painted and only the wealthy could afford them. The invention of woodcuts in the 14th century allowed for mass production and playing cards found their way into Europeans households.

Historians think the earliest playing cards originated in about the 9th century in Central Asia. By 1377, cards were described in detail in Switzerland by a monk in Basle named Johannes von Rheinfelden, Thus, it is that a certain game, called the game of cards, that reached us in the present year, namely A.D. 1377″. He described a deck with 52 cards 10 number cards (from 1 to 10), and 3 court cards (a King, and two Marshals), divided into 4 suits of 13 cards. The earliest known use of Tarot cards for fortune-telling was in Bologna, Italy around 1750. The use of ordinary packs of playing-cards for fortune-telling does not date from much earlier than this. The use of ordinary packs of playing cards for fortune telling became popular after the 1760′s with the development of solitaire. Here are some other interesting symbols in the 52 card deck